Jacob Cramer, an 19 year old native to Cleveland, OH, is no stranger to the power of social entrepreneurship. When his grandfather passed away in 2010, he was given a rude awakening to the vulnerability of the elderly in their final and most precious stage of life. Motivated to make a difference in honor of his grandfather, Cramer galvanized into action by volunteering at his local nursing home, where he quickly discovered the unequivocal truth that so many nursing home residents were experiencing loneliness, isolation from loved ones, and even depression.


Always possessing a golden heart and a keen sense of initiative, Cramer decided to found a 501(c)(3) nonprofit in December of 2013 called Love for the Elderly with the hope of bringing warmth and joy to our elders, who ultimately deserve the utmost respect and appreciation. Although his organization started small, he would sit down each night in the comfort of his own living room to handwrite a couple letters of kindness to send to his local nursing home. Jacob constantly pursued his goals to broaden the organizations horizons, and it has since expanded to impact over 10,000 seniors through its various programs under Jacob's direction, as well as inspiring people of all ages from 51 countries and 6 continents to demonstrate "love for the elderly!"

In 2015, Cramer became the youngest representing member of the World Kindness Movement. In December 2016, he was featured on the front cover of American Profilemagazine for his nonprofit work. Following this, in January 2017, he was featured alongside Lady Gaga and Daniel Lubetzky in sister publication Parade. In January 2018, Cramer was announced as one of Lady Gaga's Channel Kindness reporters for her Born This Way Foundation.

Jacob continues to inspire people by giving TEDx talks, hosting workshops and seminars, and leading by example to highlight the indelible mark that a single good deed can have.He is truly living by Aesop's philosophy, which states that "No act of kindness, no matter how small, is ever wasted." 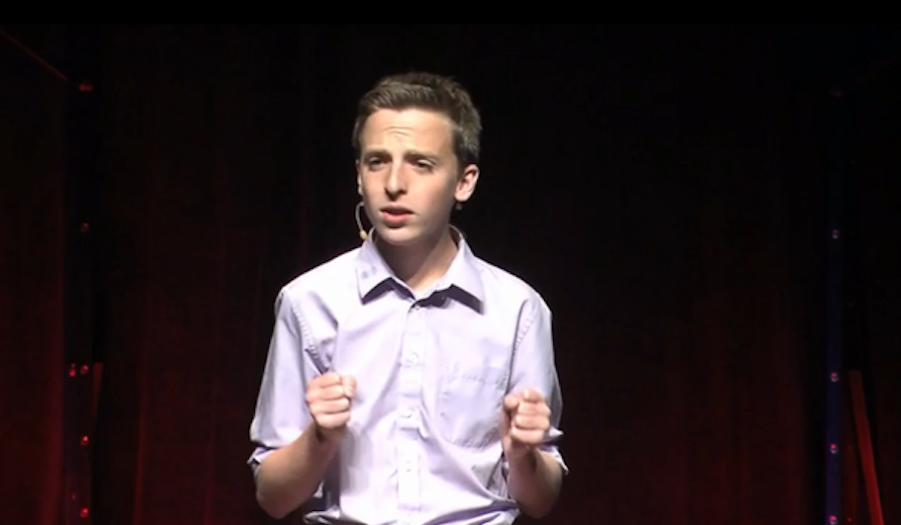