Elle is a computational geneticist, speaker, writer, and science communicator currently studying Genetics at Trinity College Dublin. She researches human evolution using computational genetics at TCD and Brown University. She also runs a science communication organisation that holds free talks on science for schools and libraries and mentors science students. She has been blogging for seven years, mostly about books, science and college life, and can be found here. She’s passionate about open science, the environment, and the rights of disabled people and animals.

She was elected as a Scholar of Trinity College Dublin, became a Laidlaw Research & Leadership Scholar and won the James Watson Award in 2018, then in 2019 won the Ronald Fisher Award for public speaking from the genetics department. She was also a Student Rapporteur at the Schrodinger at 75: The Future of Life symposium in 2018 and spoke at the associated student symposium.

In 2017 she was named a Young Global Changer and represented Ireland’s under-40s at the T20: Solutions for G20 Summit in Berlin, where she met national representatives from all around the world and helped draft policy proposals for the G20 Summit. She was also an invited participant at a workshop to implement the Bratislava Declaration of Young Researchers in Ireland. In 2015 she was named a Global Youth Leader in Nanotechnology by the Emerging Technologies Hub. She won Best Invention at the BT Young Scientist in 2015 which allowed her to visit various tech companies in America, and the same summer went to London as an Outbox Incubator Exec. Since then, she has been involved with the Stemettes in helping encourage girls into STEM. She was Northern Ireland Young Scientist of the Year in 2014 and the recipient of the Queen’s University Award for Mathematics. She was also featured in the Eat.Sleep.STEM.Repeat documentary about young girls in tech and entrepreneurship. While in high school, her research ranged from studying the spirals on pinecones to making a preliminary graphene-based biosensor that detects a biomarker of high-grade gliomas, with help from mentors at school and at Trinity College.

Elle has spoken and presented her research at conferences both in Ireland and abroad, including TEDxDrogheda, Zeminar, TY Expo, Dublin Tech Summit, Evolve Biomed, Inspirefest and Meet the Stemettes in Ireland, the World Youth Organisation and the British Science Association Youth Platform in the UK, and the European Talent Support Network in Hungary. She also co-organised the European Youth Summit in Budapest in 2017.

In her spare time, she enjoys coding and data analysis in R and Python, and is the Secretary of her college Internet society. She is currently working on a novel. 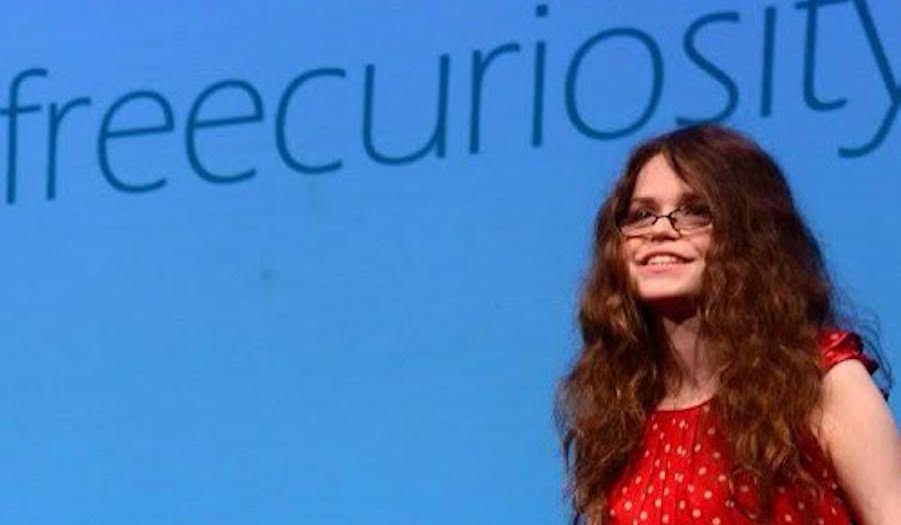